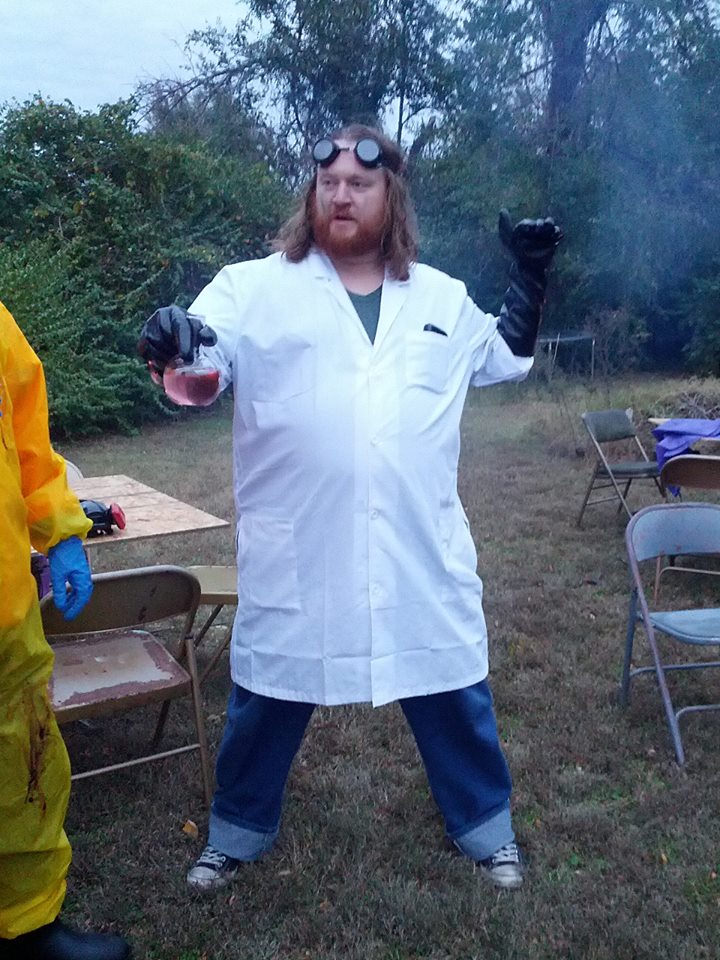 James crashed on this planet during the cretaceous period due to an accident with a hot cup of coffee. Some believe he was partially responsible for the extinction of the dinosaurs, The evolvement of man, and the invention of time travel (which hasn't happened yet.) He is one of the few creatures who are actually more dangerous when bored than when threatened and cornered. As of this writing he holds the records for highest voltage measured, and highest voltage electrical shock. However, at different times. This award winning artist and electrical engineer (the normal kind not the award winning kind) spent time as the Benevolent Dictator over the Electronics and Rapid Prototyping. His shoot from the hip attitude initially seems irresponsible, but generally isn't. He is quite approachable, however elusive. His interests range from analogue circuits (entire frequency spectrum), programming, optics, lasers, High Voltage, woodworking, and organic chemistry. He won best of show at the WSU photography competition, due to his original style and use of GIMP. He has a blogspot blog Hipcat's Pad and goes through occasional bouts of updating it. He quotes a lot of pop culture so you may not have seen that movie. Note: Any pun thread James starts is a direct result of Dominic Canare, so please place blame accordingly.